~Jane~
Whether it was fate or just coincidence, Jane Donovan found her life changing drastically as she became hostage to the rumored organized crime family of the Rhodes. Kept under lock and key until the Boss decides what to do with her, Jane meets John Rhodes, the only son and heir to the family business. Jane finds that she and John have an intense connection that cannot be ignored. But this is not anything like Jane’s life at an 8 to 5 job with no real friends and not even a cat in her apartment.However, after getting a taste of something different and more exciting,Jane must decide what she wants: a safe and dull life like before that seems far-fetched now, or one full of adventure and danger that involves loving John?

~John~
The life he leads as heir apparent is hard. People can turn on you at the drop of a hat and weapons drops are always dangerous. To complicate matters, his father is forcing him to settle down and get married since he is 30 now. Women never meant anything to John, but from the moment that Jane arrived, she changed all of that. She changed him. Jane’s different, and he likes her. Could she be the answer to his problem? 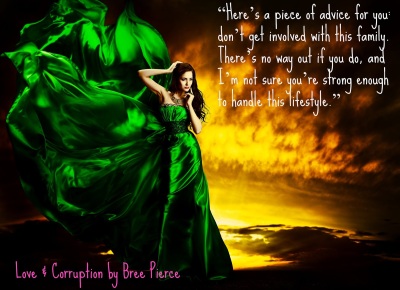 Excerpt
If only she hadn’t been so curious.  But that had always been a flaw of hers, and
her mother had warned her that it would get Jane into trouble one day.  Well, today was that day.  Down in the huge barrel were guns.  Not just any guns, but fully automatic
weapons without any kind of serial numbers to identify them by.  Jane gulped loudly and started backing
away.  Maybe she could leave and forget
that any of this ever happened.
Her hopes were dashed aside as the back door creaked open
loudly and two bulky men in suits stepped outside, glaring at her and
especially the camera in her hand.
Realization hit Jane that the men thought she was taking pictures of the
guns.  It would probably be best if she handed
them the camera, explain that she was just sight-seeing, and then leave.  Instead, she ran.
Putting every ounce of energy she had into her legs, Jane
pumped them as fast as they would go, but the two men breathed down her neck,
making the hairs stand on end in fear.
Large arms grabbed her around the waist and brought her down to the ground
with an oomph.  As she lay still gasping,
trying to catch her breath, Goon #1 grabbed her arms and hauled her roughly to
her feet.  Pulling away from the man as
hard as she could, Jane kicked out at him, connecting with his shin.  He grunted in pain as his eyes became
bloodshot and watery.  Goon #2 watched
for a moment with mild amusement before pulling out a switch blade.  The click of metal made Jane pause and watch
the long blade spring into sight.  The
edge glinted in the remaining rays of sunlight, inciting a fear in her heart
that made her legs suddenly feel like jelly.
“Please don’t hurt me,” she stammered.
The goons grinned and laughed as Goon #2 brought the blade
up to her face, nicking her cheek just enough to draw a line of blood to the
surface along with a burn to her skin.
The man came close enough that Jane could smell the whiskey on his
breath.  He whispered in her ear, “You’re
a pretty hot mess.  Want to know what we
do to unsuspecting women that come into our territory?”
Book Trailer
About the Author 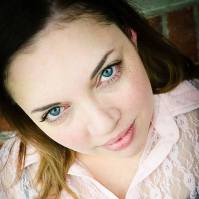 Bree
Pierce grew up in a rural area in Arkansas and still resides in a small town in
the same state.  As a child she dreamed
of becoming an author one day and loved to make up stories about animals and
knights in shining armor.  As she hit
adulthood and started a family, those dreams were lost for a time, but were
revived with a vengeance and now she writes a little bit of everything from
shifter fairy tales to vampires, zombies, and a little good old fashioned
romance.  Bree is married to a
wonderfully supportive husband and has three beautiful children and 2 dogs to
keep her days filled with laughter.  Be
sure to check out her pages or send her a quick email.  And if you enjoyed this book, please consider
leaving a review!
Email:
authorbreepierce@gmail.com
Facebook:
https://www.facebook.com/Bree-Pierce-1543845225902003/
Goodreads:
https://www.goodreads.com/author/show/12611858.Bree_Pierce