Not every wolf gets a cool name. some of them have to earn it. An action-packed tale of courage, love, good vs. evil, and leaps of faith.

In the wake of taking down the Russian mafia, runt wolf Howard has finally come into his own. And now that he’s falling for a blue-haired girl, he has to discover what it means to be powerful before facing the greatest challenge of all, his past. 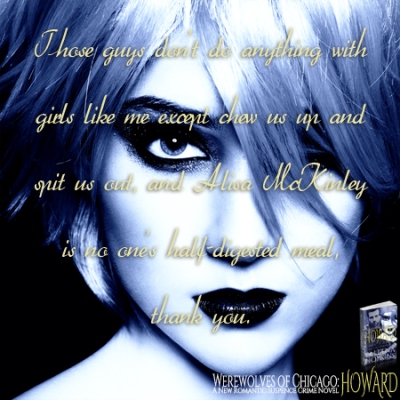 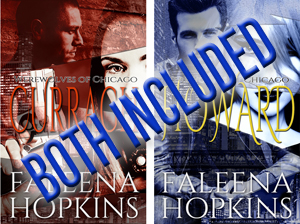 Bonus Content: the novel Werewolves of Chicago: Curragh is included in this Limited Release eBook Edition. Available in Kindle Unlimited or on sale for .99 during this blitz.

Who am I trying to kid?
I slow down as I near the end.
“HOWARD!!” Xavier yells, pissed off.
I grab onto the chain-link fence and bend over, panting and humiliated. “I can’t.”
Draik mutters really quietly, “He can’t do it,” so I know I wasn’t meant to hear it. And the thing is, had it been a couple months ago, I wouldn’t have been able to. But I did hear it. And it makes me angry.
He. Can’t. Do. It. All my life I’ve been hearing that. My whole fucking life.
A heat launches into me. One I’ve not felt since that night at Kruglov’s, and never before then. I don’t have a name for it because it’s foreign, but it feels like there is literal fire in my chest as a voice inside my guts says, I can and I will.
The dirty fence clatters behind me as I push off from it, running with gaining speed. My hair starts to tingle, wind whipping though it. The exposed parts of my skin feel cold from the sudden sting of the chilled night air. My muscles come alive, burning and expanding like they’re growing with every hit to the sidewalk even though my feet feel separate from me. I let go of my mind and allow my body to show me what it can do. My arms pound back and forth, maintaining my balance. I start to make a sound I’ve never made.
I hear Xavier say, “That’s it,” from a faraway place. “He’s feeling it.”
I make it to the fence, whip around and race back in the other direction, pushing myself to cut however little time that took, in half. My chest feels like it’s going to explode in volcanic ash.
I’m pure energy. Possibility. I’m ALIVE.
I run so fast that, unable to stop my velocity, I hit the fence with a loud SLAM.
Falling in a heap on the ground, I begin to laugh.
Draik and Xavier stroll up to loom over me, and I’m still laughing. They’ve got grins on their faces bigger than I’ve ever seen.
“You found it,” Xavier says.
I pant, “What? What did I find?” smiling wide.
Draik tips his head up. “Courage.”

CLICK HERE TO BUY OR BORROW IN KINDLE UNLIMITED

Only on Amazon. Kindle App is free for all gadgets and gizmos.

AN INTERESTING BIT ABOUT HOW THIS BOOK CAME ABOUT, by AUTHOR FALEENA HOPKINS

I’ve written seventeen novels, and six of them are about werewolves. In my books it’s real life. The world does not know they exist. But they do. Never did I anticipate writing about a wolf named Howard. But there he was, showing up in Werewolves of Chicago: Curragh (also included in this one download for a limited time, since you really should read it first). Howard was then a scrawny wolf who just wanted to play with the big boys, and who they called upon for help since he’s a doctor. Then from out of nowhere he did something so brave that he grew into the wolf he was always meant to be – one like them. All muscle and power. I never planned that. I don’t plan plots and never know where a story is going or how it will end, when I begin it. After releasing Curragh’s book, fans wanted to know more about this sweet, unassuming and courageous wolf, as did I. Werewolves of Chicago: Howard was born. 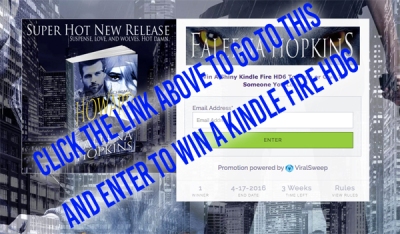 “The first book I ever wrote I tied with yarn, illustrated with crayon, and sold to my parents for a buck. I was about five years old. Ever since, stories of love and redemption have always struck a cord in me.” An actress and director, too, Faleena Hopkins currently lives in Atlanta, GA, where she loves the unpredictable weather patterns after having lived in LA for twenty years. “Last night a thunder storm, today 75 degrees, tomorrow snowflakes drifting in the night sky. Can’t beat it.”
Learn more about her filmmaking career at: http://imdb.me/faleenahopkins 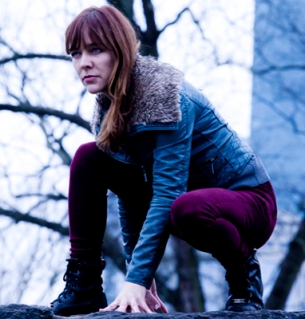 SEE YOU IN THE SUPERNATURAL UNIVERSE…

One thought on “Werewolves of Chicago: Howard: by Faleena Hopkins Release Blitz”