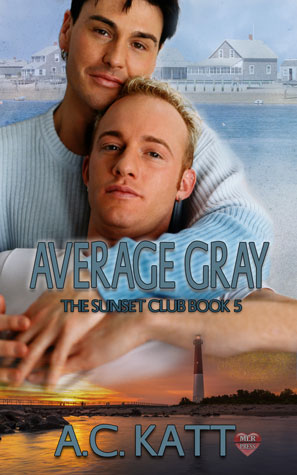 Grayson Grey spends all of his time working at the Sunset and taking care of his mother who has leukemia. He has a huge crush on Enzo Del Monte but Enzo seems to what to spend his time with the manager of the Sunset, Mike Green. Then Gray finds out that Mike is not gay, about to take Enzo for a large sum of money and is stealing from the Sunset. Gray attempts to ride to the rescue but winds up being rescued himself

Gray put Bobby’s Heineken in front of him and shot a dark glare at Mike down the end of the bar. Bobby raised an eyebrow. Gray grunted in disgust. “All Mike wants is his money. He’s a poser.” Gray finished polishing the highball glass and held it up to the light to check for fingerprints. He placed the glass next to the others on the mirrored shelf. “He’s been trying to tap into Enzo’s wallet since he met him.” “Why would you say that?” Bobby’s leg twitched. It always did that when he was upset. Up in everyone’s business as always, he was interested in why Gray disliked Mike. “Because he’s straight. He’s the only bartender in the place who is and Keith and Zach don’t know.” “Jason worked with the guy, he vouched for him.” Bobby’s leg twitched so hard he had to hold it down. Since his friend Jack married Carlo, Carlo’s extended family bonded with Jack’s adopted family. Bobby didn’t like the fact that Mike was playing games, not only with one of his husband’s customers, but with Enzo, Carlo’s cousin, who Bobby considered to be one of his own. “When Jason told Mike that a job was available at the Sunset, he jumped at the chance. He knew how much money he could make here. Besides, Keith couldn’t have refused him the job just because he’s straight. But even though he had to know that, he lied to Keith’s face.” Gray washed another glass. “Mike would have pretended to be a Martian if that would have gotten him the job. He knew if he was gay, he’d get better tips.” “How do you know all this, if Jason doesn’t?” Bobby’s voice switched to a lower, gruffer register and he tightened his grip on his glass. “I’ve seen him around town with his girlfriend. When he introduced me, he said her name was Cathy, that was it, no point of reference. I saw them at the mall. I needed to pick something up for Mom. Cathy left us to go to a store when he dragged me aside and told me she was his sister. Why wouldn’t he plain introduce her as his sister? Why would he draw me aside?” Gray put the last glass on the rack with a little more force than necessary. “Maybe his sister doesn’t know he’s gay.” Bobby’s brows drew together. At this point, his leg was banging against the rungs of the bar stool. “Do you play tonsil hockey with your sister? I was waiting in line to get into the movies last Monday night when I saw them. My neighbor sat with my mom so I could get away for a few hours. I didn’t want to talk work so I avoided him and he didn’t see me. I sat on the other side of the theater to the back. They made out throughout the entire show. Somebody has to tell Enzo.” Gray’s fist clenched around the bar towel. “Why don’t you tell Enzo?” Bobby asked with mistrust. “You know damn well why.” Gray snapped the bar towel. “Enzo doesn’t know I exist. I like Enzo, a lot, and I’d love it if he noticed me, but even if I can’t have him, I can’t let Mike do him dirty. Mike needs money. He’s going to ask Enzo for a loan. He’s planning on skipping town once he gets the check.” Gray wiped at the bar furiously. “He’s been playing Enzo since day one.” Bobby leaned over the bar, leg moving up and down like a carnival horse. “And you know this how?” “No one pays me much attention. I’m average, nondescript, plain faced, medium height—people tend to overlook average. They see handsome, ugly, tall, short, but not average—gray. My name suits me, Grayson Grey. Mike didn’t notice I was there when he was on the phone with Cathy. He told her he’d get the money from Enzo and they’d elope to Las Vegas. He said he’s been setting Enzo up since the bachelor party and she shouldn’t worry. Enzo was chaffing at the bit and would give it to him without a question. From what I could hear, and I admit, I stood there and eavesdropped, she was pissed because he gambled away their savings.” Gray sighed and took Bobby’s empty glass off the bar. “Enzo doesn’t see me either, but I can’t let Mike do that to him.” Gray swiped at his eyes with the bar towel.

“Who’s that guy in the corner?” Enzo Del Monte asked Mike Green. “I didn’t notice him when I came into the club tonight. “No one special…Grayson Grey.” Mike shook his head “He’s cute…I think I’m going to go over and say hello,” Enzo decided. “Don’t. He’s engaged and his fiancé is very jealous. He won’t thank you for it.” “Why is he alone if he’s engaged?” Enzo turned his head looking for the absent fiancé. If he were Gray’s fiancé, he wouldn’t let him go to a party alone. Especially a guy as beautiful as Gray. His rare smile was spectacular. “The fiancé got sick at the last minute, and Gray had to be here. Keith’s his boss.” Mike shrugged. “Don’t you have something to do with Electronic Design Associates?” Mike leaned forward moving into Enzo’s personal space. His expression and body language showed apparent interest. Enzo, having a great deal of experience with men who wanted his money, knew better than to say he owned the company. “Yeah, I’m an engineer.” “That’s a great job, better than a bar manager.” Mike took a sip of the drink in his hand. “Don’t put yourself down…” Enzo glanced over at Gray again. Mike gazed into Enzo’s eyes. Enzo shrugged, appreciating the attention, and the other man was taken so he pivoted his chair back to face Mike who wasn’t so bad himself. He glanced one more time at Gray from under his eyelashes. Too bad he’s taken. He’s adorable when he smiles.

Mike put on a sad face. “What’s wrong?” Enzo put his beer down on the bar. “Oh, it’s nothing. My mom’s sick. I worry about her.” Mike regarded Enzo from under his eyelashes. He’s buying it. “That’s rough. I lost my father when I was young. I can’t even think about what losing my mother would be like.” Mike’s voice lowered an octave. “I deal, that’s all you can do.” “If there’s something I can do to help, let me know.” Got him. Enzo’s eyes went to Gray one more time then he shook his head. Stare all you want, but you’re not going near him. If anyone’s going to get a chance at the brass ring, it’s me. 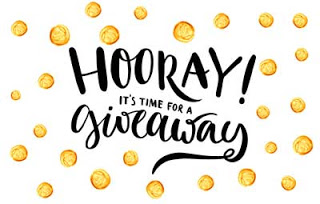 AC Katt was born in New York City’s Greenwich Village. She remembers sitting at the fountain in Washington Square Park listening to folk music while they passed the hat.  At nine, her parents dragged her to New Jersey where she grew up, married and raised four children and became a voracious reader of romantic fiction. At one time she owned over two thousand novels, until she and her husband took themselves and the cat to New Mexico for their health and its great beauty. Now, most of AC’s books are electronic (although she still keeps six bookcases of hardcovers), so she never has to give away another book. AC is a late bloomer, however, she claims to have found her niche writing LGBT romance.
Where to find the author:
Facebook: Mary Lynn Hansel & AC Katt
Facebook Author Page: https://www.facebook.com/AC-Katt-62628106022
Twitter: @ackatt
Pinterest: A.C, Katt
Blog: ackattsjournal.com

One thought on “Release Blitz, Average Gray by A.C.Katt”