Bloodwalker by L.X. Cain
My rating: 5 of 5 stars
REVIEWED BY Becky Cox

Exceptional from beginning to end.

I anticipated this being a vampire book, which I enjoy vampire books so that was fine; but I got something entirely different and couldn’t have been more pleased.

Cain wrote a window into the hardships and joys of life in the circus in Eastern Europe, the Zorka Cyrka. The characters were so vivid and their experiences so real. I could picture each person as I was reading. Brilliantly descriptive without being overdone. I felt their tired bones, frustration, affection and fear.

Rurik works in the circus as security. He has noticed that children are missing along the path the circus travels and he is determined to find out who is taking them. It is a circus, so there are clowns and I hate clowns, or am afraid of clowns, whatever. There are still clowns and they are creepy. 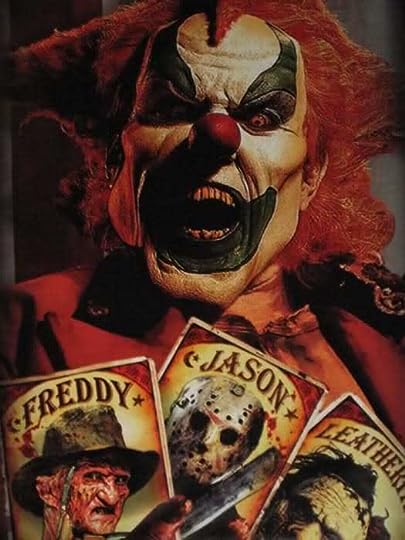 “Once, a corpse’s hand twitched when she was cleaning his nails, and she’d nearly wet herself. It took five minutes for her to get up the courage to approach him again, during which he’d jerked two more times. He was fresh. The fresh ones twitched.”

The wedding is to be held at the Zorka circus since it is in town and Zora, the wife of the ringmaster and the strongest bloodwalker will perform the ceremonies.

And here is where the adventure begins. An intriguing tale of mystery that I couldn’t stop reading. There are so many “ah ha” moments and “wow, didn’t see that coming” moments.

An advanced reader copy was provided for an honest review.