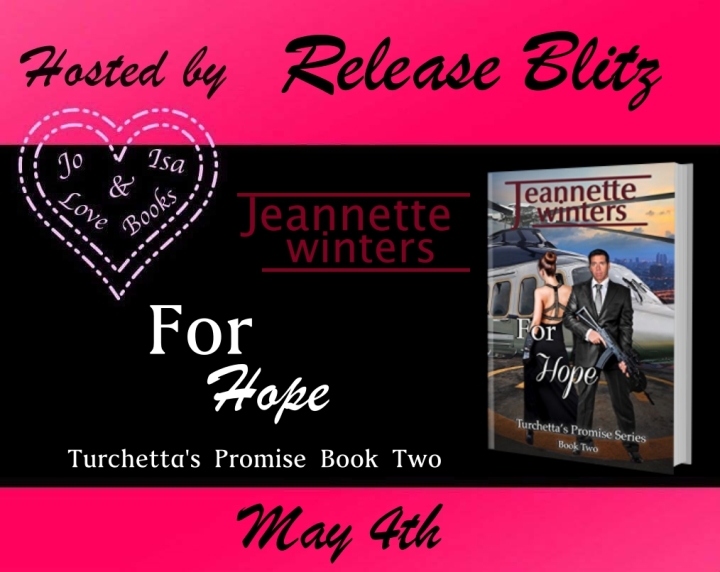 Add to your TBR Shelf on Goodreads 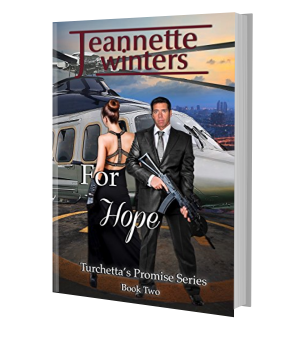 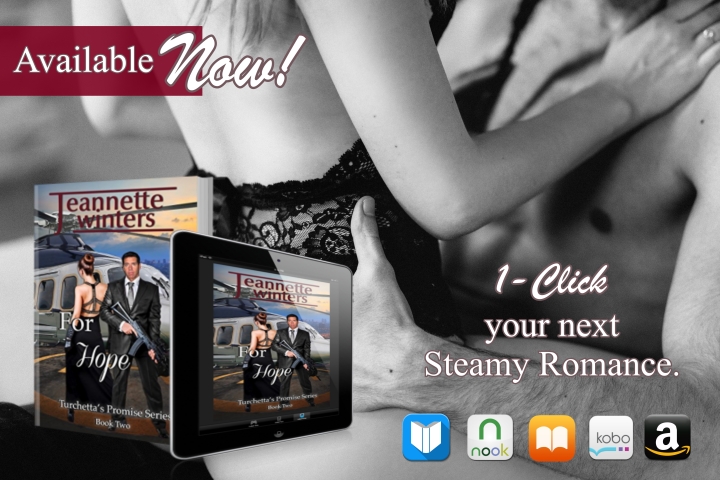 David Turchetta was a member of an elite team doing what many thought to be impossible. His protection details usually were stealth and from a distance. A role that kept him in the shadows, making sure their enemies never knew what was coming. The way he liked it.

Jada Hope lived a life where threats were a normal occurrence, but she refused to accept any of them as anything more than a prank.

When things turn bad, and David is thrown into the media’s spotlight, he’s not the only one who resents him being there. How can he protect someone who insists on doing things their way?

Will Jada’s strong desire for freedom throw them both into the line of fire, or will David cross the line and change the terms of engagement, and Jada find more than safety in his arms?

LOOKING FOR A NEW ROMANTIC INTRIGUE? THEN YOU WILL LOVE THE TURCHETTA’S

Jeannette Winters is a romance author mixing heart, intrigue, and the steamy pleasure of a Billionaire romance.

Jeannette grew up in a large family, number ten out of eleven children, eight of them being older brothers. She quickly developed a great sense of humor, mostly from necessity. One of her greatest joys is sitting on the porch where they were all raised and hearing the stories from years gone by. Quietly laughing to herself, she notices how they embellish the stories more and more each year.

Storytelling was passed down from her grandfather and mother. Jeannette caught the bug at a very young age. If she didn’t have her head in a book, then she was off somewhere with a notebook, jotting down stories of what she would write if one day she became an author. Although the notebook may have vanished, the stories are still vivid and waiting for the right time to be told.

Despite having an amazing family, there have also been some sorrows in her life, including the loss of loved ones. Over the years, Jeannette has spent countless hours volunteering for different organizations and acting as a caregiver to those most dear to her. As a result, supporting the elderly became of utmost importance.