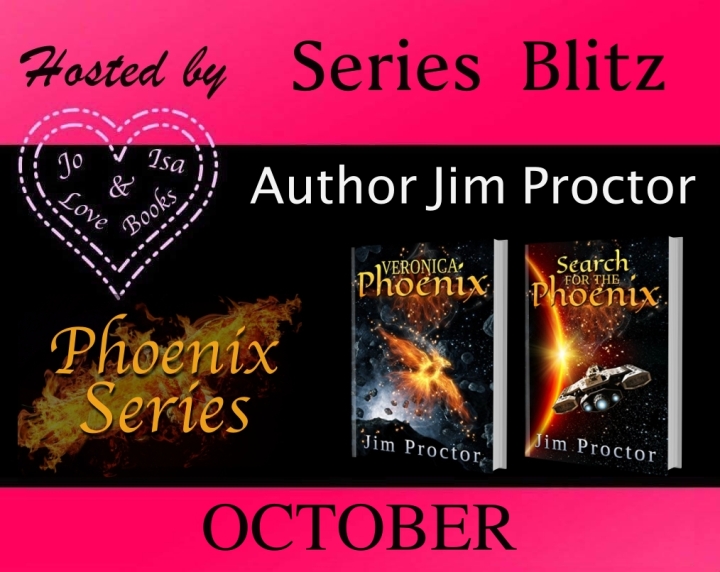 Ready for a new journey?

your next science fiction adventure.

SACOM, the galactic navy, plans to build a nuclear superweapon capable of destroying an entire planet. The Xetians, expecting to be the victims of this weapon, want to stop them. Someone else, however, wants the plutonium for their own purposes and will do anything to get it.

While escorting the plutonium from their robotic mine to a secret processing factory, the entire First Fleet is attacked with staggering losses and the cargo ship vanishes into the asteroid belt.

Having lost his space cruiser in the battle, disgraced Commander Benjamin Segal knows his worst transgressions have not yet been discovered and needs a scapegoat to hide his actions. Fortunately for him, his demotion and assignment to desk duty put him in an excellent position to shift the blame.

Meet Carl Wilkins, the best space salvage operator in the star system, all-around decent guy, and chosen scapegoat. Accepting a “too good to be true” contract, steered to him by Segal, Carl loses everything, including his reputation.

Destitute and unemployable, lured by vengeance and the promise of a fortune in cash, Carl gets drawn into a conspiracy to strike back at SACOM. One problem with conspiracies is it isn’t always possible to tell who the bad guys are. Carl soon discovers his fellow conspirators pose a greater threat to him than SACOM does. He now has two very powerful enemies.

Fearing for his life, Carl vanishes along with the plutonium, triggering a galaxy-wide manhunt by both SACOM and his coconspirators.

Nolan Peters and Megan Carson, worried about Carl’s safety, begin investigating his mysterious disappearance. They end up uncovering an even greater conspiracy—one that threatens the security of all settled worlds in the galaxy.

SACOM, having no luck finding Carl, turn their attention to Nolan, hoping Carl’s close friend will lead them to him and the missing plutonium. Meanwhile, Nolan and Megan search for answers, fighting to remain one step ahead of SACOM while discovering their growing feelings for each other.

Add to your Sci-fi shelf on Goodreads

Carl Wilkins, a successful man with a thriving business, loses everything and has to start over from scratch. His dogged determination quickly deteriorates when he finds that even his reputation is gone. With barely enough money to buy a cheap bottle of booze, and no prospects for employment, things look bleak until he receives an unusual job offer from a stranger who turns up just as Carl hits rock bottom. The perilous space salvage job is more than just a chance to rebuild his broken life. It is also a chance to strike back at SACOM, the people who ruined him. Carl, the best space salvage operator in the star system, bets his life that he can complete the job. Setting out in the Phoenix, a specially modified space freighter, Carl begins a dangerous mission to find and collect missing cargo pods from the dense asteroid belt. Struggling to remain alive in the belt while avoiding detection by SACOM ships, Carl learns that he may have as much to fear from the people who hired him as he does from SACOM. His chance to rebuild his life turns into a desperate race across the galaxy in hopes of finding a safe haven where no one will ever find him.

Add to your to be read shelf on Goodreads

Fighting to remain one step ahead of SACOM, Nolan Peters and Megan Carson investigate the mysterious disappearance of their friend, Carl Wilkins. During the investigation, Nolan struggles with his growing affection for Megan, while she tries to cope with the recent death of her husband. Will the strain bring them together, or drive them apart?
When the pair uncovers evidence of a treasonous conspiracy that threatens the stability of all human worlds across the galaxy, they reluctantly put their trust in a SACOM investigator and a hard-nosed Army general to root out the conspirators. Will their trust prove to be their undoing… or prevent a galactic-scale military coup?

Buy your copy in print

Jim Proctor has worked as a research engineer and scientist for more than 36 years. An avid reader of science-fiction and fantasy since high school, he began writing his first novel around 2009. He also enjoys writing short stories, and loves a good plot twist.

Thank you for touring with Jo&Isalovebooks Promotions