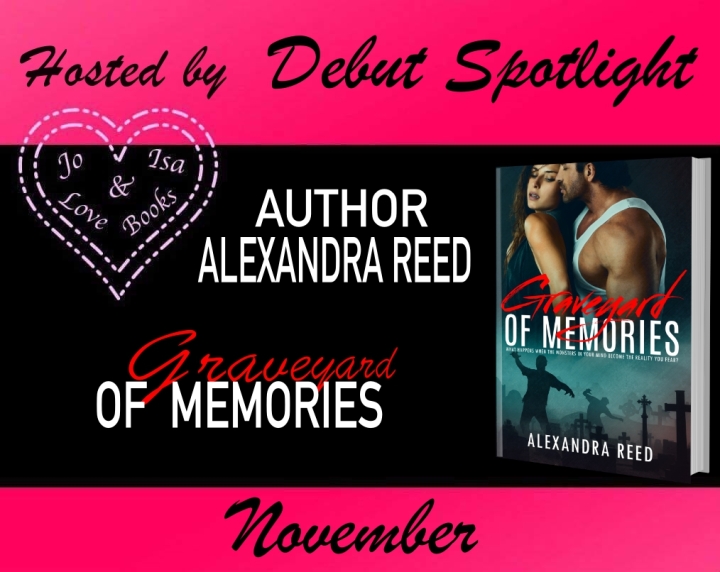 Brothers Drew and Tyson Hawkins embark on a search for each other, and find themselves confronting more than just their inner demons.

Kate Reilly is a scientist with a secret. A secret that could either destroy her, or be the key to their future existence.

Individual lives collide, becoming intertwined out of necessity. Friendships are formed and romance blossoms as a group of survivors fight their way to safety.

In a world where the dead aren’t quite dead, and life as it was has ceased to exist, the only options are to survive or to die. Faced with the choice of allowing your fear to be your downfall or your saving grace, all you can do is hold on and keep going before your entire existence becomes nothing but a graveyard of memories.

Warning: Contains triggers that may be disturbing to some readers. 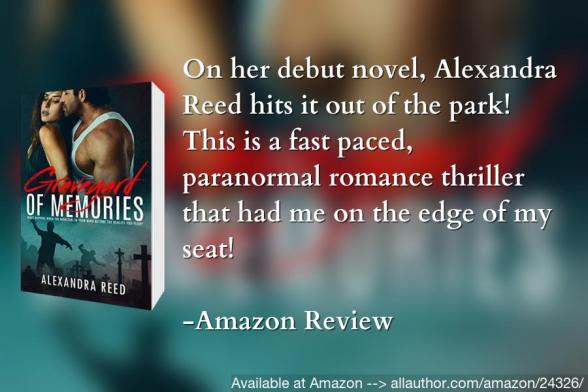 Excerpt
Violet jerked her hand away, turning to face him. Her breath hitched in her throat at the sight of him in the soft light. He was almost exactly as she remembered him… well-proportioned, rugged, dark brown hair that had a will of its own––and those eyes…soft and hazel, like warm toffee left to muddle in the sun. He was the same, yet somehow,
different.

Alexandra Reed lives in Cheltenham, UK, and has a day job as a Pensions Administrator. Fascinated with things that go bump in the night, and being a hopeless romantic at heart, Alexandra enjoys creating worlds where light can be seen through the darkness and love wins out in the end.
In her spare time Alexandra enjoys reading, is an advocate for Mental Health Awareness, practices meditation, and has a fondness for hedgehogs, owls, and dogs. Graveyard of Memories is Alexandra’s first nov
Connect with Alexandra