Pre-Order, It’s in his Song by Author Shelly Alexander

When Hailey Hicks comes face to face with her ex, Dylan McCoy, sparks fly.
Amazon US
Amazon UK
Amazon AU
Amazon CA
Amazon DE
They’re both back in Red River for good, and the chemistry is stronger than ever. But will her secret tear them apart all over again?

Dylan McCoy is restless to take over Red River’s favorite watering hole—Cotton Eyed Joe’s—when his Uncle Joe retires. First, he’s got to prove he has what it takes to carry on Joe’s legacy. Finally able to put the painful scars from his days working in L.A.’s trendy music scene behind him, he sets out to host a weekend workshop for songwriters. He calls in a favor and lines up some of the biggest musicians in the biz to attend. Life is good. Until the business owners who occupy the commercial space next door threaten to ruin his establishment right before the rock star lineup of attendees are scheduled to blow into town.

Hailey Hicks left Red River six years ago with a secret. Now—as a seasoned hairstylist who’s made her own way in the world—she’s back in town to help her cousin expand her salon. Unfortunately, the renovations aren’t going as planned and draw fire from the saloon next door. When she comes face to face with her ex, Dylan McCoy, sparks fly. Can they mend the damage done because of how they parted ways? Or will her secret cause them both to get burned again?

ADD to your TBR shelf on Goodreads 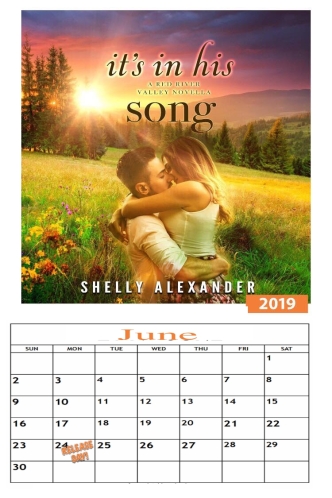